Too Much, Not Enough 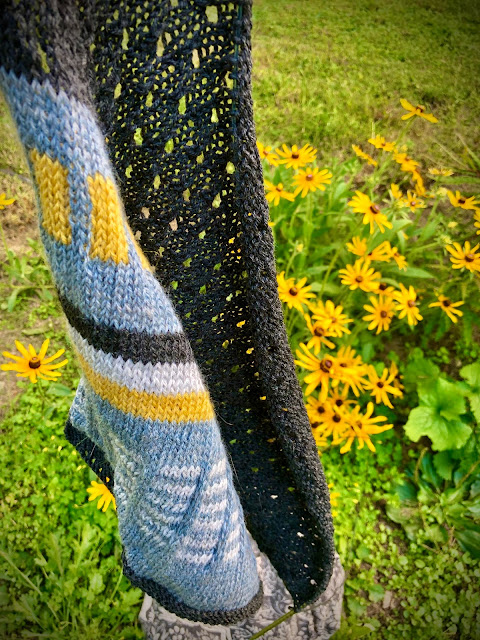 I keep starting posts and then deleting them. I want to just pull the covers over my head. So much news, so much of it bad, just keeps pouring in, and I don't have the stamina to process it all. So here, have a pretty picture of clue #1 of the Sharon Show MKAL. Phew. Better? Not really, I know.  My crafting has been a comfort, at least. Even when I'm mired in pain and fatigue, when all I can do is dream about it and watch YouTube videos of other people's makes. It helps. It all helps. Browsing patterns, petting stash, participating in (or just reading) online crafty conversations. These are my touchstones, assuring me that the world I know is still here.  What seems to fall away is my writing. But that, too, is still here. Inspiration will speak and I'll dive into the flow again. I just need to be patient. What are your touchstones? I hope they're keeping you steady.
Post a Comment
Read more 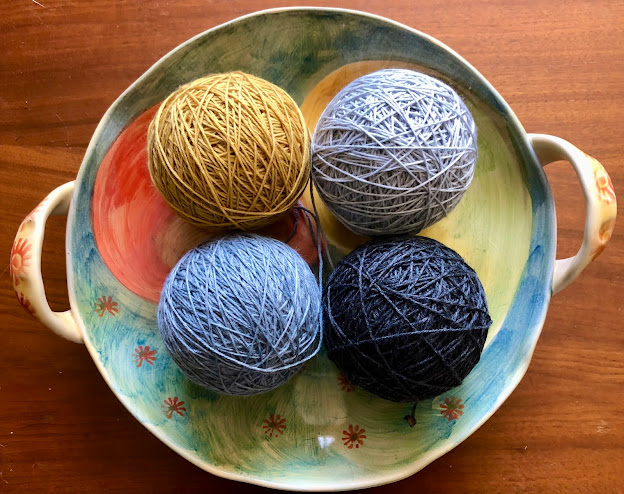 I've only ever done one mystery knit along (MKAL) before. It was a lot of fun and I still wear the little vest I made. So I'm not sure why I don't do them more often. I am sure that the Sharon Show MKAL that Casapinka * (or rather, her cat, Sharon From Security) is hosting is seriously awesome. I mean. Run by her cat. Do you need to know anything else? SPOILER ALERT: the first clue is shown below.  I started knitting the day the first clue came out, all from stash. A few days later I was partway through when I decided that two of the colors looked too close when knit next to one another. (That's one stripe of gray and one stripe of green at the top. See what I mean?)  So I switched out the green for pink and moved on. I managed to finish the first clue eventually, and then my hands needed a serious rest, so I had some time to sit back and really look at it. I loved the pattern. I didn't love my colors.  I knew what I had to do. A few clicks and a small hit to my ban
Post a Comment
Read more 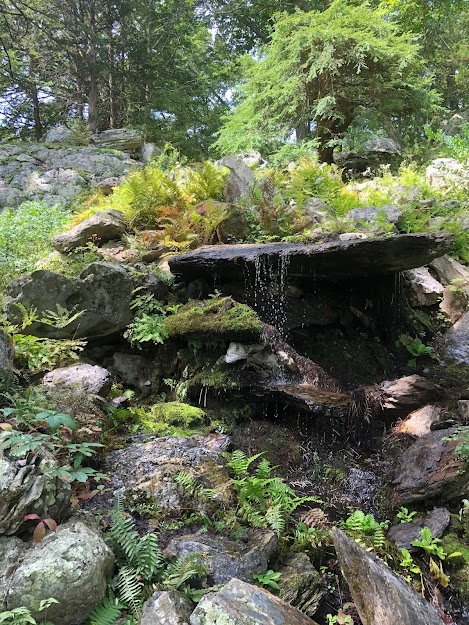 The power of Nature to restore and inspire cannot be understated. Also the power of friends. I got to experience both last weekend (masked and properly distanced, of course) at  Innisfree Garden . I think I’ll let the pictures do most of the talking. Wouldn't you love to sit and knit here? I would! I can't resist celebrating signs of Fall. Wherever you are, I hope you're finding inspiration.
Post a Comment
Read more 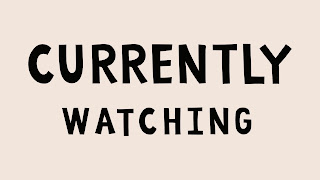 Maybe it’s a search for connection, or a need to see what other people are making that isn’t being fulfilled in this lockdown life. Or maybe being around other makers just makes me happy. Whatever. I’ve been creating a serious YouTube habit the past few months.   I started watching podcasts pre-pandemic, but it’s now become an almost every night habit. Periodically I run out of new episodes of the podcasts I’m subscribed to, and go on a hunt for more. I’ve found some amazing talent. Generous crafters (and others) that are sharing a little bit of their lives with the world. They make me laugh, they make me think, they make me feel connected to the world of makers. I’m truly grateful that they’re doing what they’re doing. I thought I’d share a few of my favorites here, in no particular order.                                             Toad Hollow/The Crafty Toads . These two sisters make beautiful yarn. Watching their podcast is like what I imagine hanging out with them in person is lik
Post a Comment
Read more 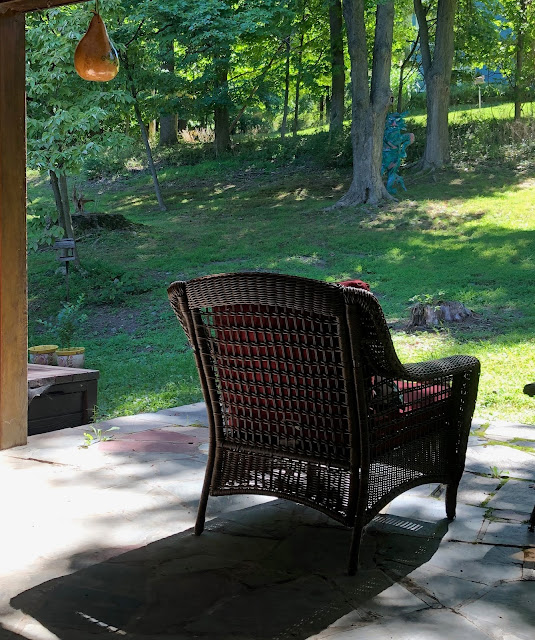 I feel stuck. My body lies under the leaden blanket of fatigue, so thick that even the gorgeous bright day doesn’t quite penetrate. I want to be inspired to write. I want to be inspired to create. But the house is cluttered and my body won’t cooperate and I just. can’t. think.   It really is a beautiful day. The sun is shining, the wind blows gentle and brisk, and the air is washed clean from yesterday’s storm. The temperature has dropped about twenty degrees, too, which helps tremendously. It’s really an ideal day. The kind you get in late August, promising that Fall is just around the corner. I noticed some tiny patches of leaves starting to change yesterday. It’s exciting.  I guess I’ll just resolve to enjoy the day, any way I can. Probably from the comfort of my patio. Doing...not much.
Post a Comment
Read more

When I Last Posted... 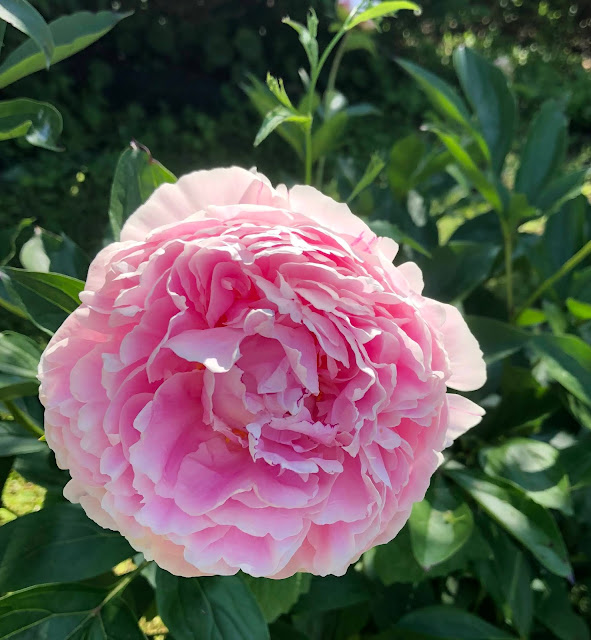 I was writing a knitting blog. I wasn't talking about, well, so much. Like the fact that I had just survived cancer. Or that the chemo and radiation had left me with fibromyalgia, which in turn left me barely able to drag myself through the week. I didn't know then that I also had rheumatoid arthritis. The world didn't seem so dangerous. I was still working. I still had a "face" I wanted to maintain. I want to be more honest now. This blog will still be about knitting, because I am a knitter, even if I can't do it as much as I would like. There will also be some crochet, some sewing, some news about writing. And I'm going to write about my health, at least occasionally. Because it's something that I struggle with every day. It's part of me. And it's invisible, for the most part. So the only way anyone knows anything is wrong is if I say something.  So this is me, saying something.
Post a Comment
Read more 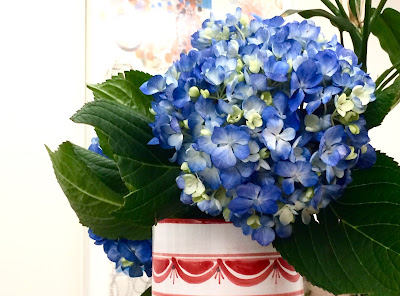 January Spring And so just begin. Again. And again and again and again. I've been holding off posting, waiting for the light to be right for photos, waiting to have time to write something brilliant, waiting to feel better, to have some energy. Waiting and waiting and waiting. Yesterday, searching for something to read (much like I've been searching recently for a project to spark my knitting mojo) Dani Shapiro's Devotion waved to me from where I'd filed it in my iBooks library. I'd forgotten that I had it. I've been reading ebooks on my Kindle almost exclusively since I bought it last year. I've been zooming through this memoir ever since. It feels like she's writing to me, personally. About her life that is so like my life in so many ways, excluding the particulars. She echoes the voice in my head, telling me it's time to change something. To look at my life and see where it matches up to how I want to live. And where it doesn't.
Post a Comment
Read more
More posts

Jody
I'm a fiber enthusiast and a writer. I live with chronic illness. I love the way that the internet opens up my world.